*** FLASHBACK – this article originally appeared on dmboxing.com on October 21, 2008 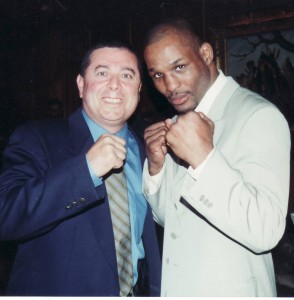 I spoke to many boxing experts prior to the recent Bernard Hopkins vs 스타워즈 라스트 제다이 자막 다운로드. Kelly Pavlik light heavyweight fight and the answer to my question who would win – was the same … the undefeated middleweight champion Pavlik will win 다운로드!

Las Vegas had the odds at 4 to 1 for Pavlik, and with the exception of boxing expert Johnny Ortiz who picked Hopkins to win, I had a hard time finding anyone that would think otherwise 리눅스 jdk 1.6.

At age 43 years old, Hopkins is a rare breed and is certainly not to be under estimated by any means in boxing. His win over the 26 year old Palvlik was nothing less that spectacular – I had him winning every round but one (the 9th) in his brilliant 12 round unanimous decision 다운로드.

To put it in a better perspective, here’s where a few great fighters of the past were at the age of 43 years old in their careers. I don’t want to take anything away from their greatness, but my intent is to illustrate where they were in their careers at the same age time frame as Hopkins is today 카타나 제로 다운로드.

The greatest fighter, my opinion, Sugar Ray Robinson was losing a 10 round decision to Joey Giardello … Archie Moore was being knocked out by Floyd Patterson … Joe Louis was being knockout six years prior to his 43rd birthday by Rocky Marciano 이클립스 jdk 다운로드.

At 43 years old, George Foreman lost a decision to an undefeated Evander Holyfield and although he literally took father time back by winning the heavyweight champiuonship two months shy of his 47th birthday – probably was the exception to the rule in past eras 다운로드.

In boxing, I have always contended that once you are past your 39th birthday you should retire for the sake of the sport, not to mention your personal health as a fighter … Bernard Hopkins is truly the classic case of today’s modern era boxers 다운로드.

One thought on “Bernard Hopkins”