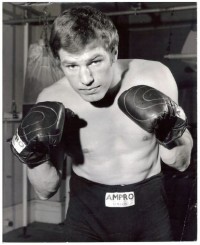 NOTE: Jim Amato has contributed to dmboxing.com since 2008 스프링 poi 엑셀 다운로드. His opinions and input to this website are honest and of the highest level. He is an expert in boxing in every sense of the word.

During the 1960′s British fans were quite stirred by the prospects of a young heavyweight named Billy Walker pspice 무료. He was dubbed the “Blond Bomber” but later because of drawing power he was called the “Golden Boy”. After winning the British amateur title at the age of 22, Walker was enticed to turn pro by a $25,000 signing bonus 디 인터뷰 다운로드. He headlined in his first professional fight which took place on March 27, 1962. Walker received $9,000 for the contest which he won by KO. That was serious money at that time 다운로드. Walker drew so many fans and because of this he never fought a preliminary fight.

In his first dozen bouts Billy went 10-1-1. In his twelfth bout he stopped another heavyweight prospect named Johnny Prescott 월드워z 다운로드. In a rematch Walker was on the losing end of a decision. In 1964 Walker won by disqualification against the seasoned Joe Bygraves. Walker was then surprisingly halted by American Bill Nielsen 멜론 개별 곡. Walker turned the tables in a return match taking Nielsen out in two rounds. Billy finished 1964 with a point’s verdict over rugged Joe Erskine. Walker was inching his way up the British ratings 케이엠플레이어 다운로드.

In 1965 he stopped American Charley Powell in two. Then came a ten round decision loss to the gritty Brian London 모드 매니저. Next Billy drew with Argentina’s Eduardo Corletti. In a return go Corletti stopped Walker in the eighth round. This was a major setback for Walker but he came back to win six straight 다운로드. The win streak earned Walker a 1967 shot at Germany’s Karl Mildenberger and the European heavyweight title. The southpaw Mildenberger proved to be too much for Walker as he retained his crown via an eighth round stoppage 애즈원 천만에요 다운로드. In his next battle Billy drew the ever popular Henry Cooper. This would be for Cooper’s British and Commonwealth heavyweight titles. Cooper held on to his belts halting Walker in six. In 1968 Walker rekindled the hopes of his fans as he clubbed his way to a TKO victory over the once highly regarded American Thad Spencer. In 1967 as part of the elimination tourney set up by the World Boxing Association to replace Muhammad Ali as champion, Spencer upset former WBA titlist Ernie Terrell. In Spencer’s next fight he was eliminated by Jerry Quarry. Then Spencer engaged in a war with the crafty Leotis Martin. Thad lost in the ninth round. Still the win over Spencer looked good on Walker’s record. It would be Billy’s last victory.

In March of 1969 Walker suffered a TKO loss to Jack Bodell. That would be Walker’s final fight. In all Walker engaged in 31 bouts. His record was a respectable 21-8-2. He recorded 16 stoppage victories. He was stopped on five occasions. He enjoyed tremendous popularity during his tenure as a boxer. He was the “Golden Boy”.