DREAM FIGHTS … you hear and read about them all the time 다운로드. How
would Ali have done against Dempsey, Louis or Marciano? How would Roy Jones Jr. have fared against Bobby Foster? Could Bernard Hopkins hold his own with Marvelous Marvin Hagler 다운로드?

Interesting scenarios and I’m sure we all have our opinions. We as
fans are entitled to these opinions. My how they differ. We will never know if Sugar Ray Robinson could have beat Sugar Ray Leonard or if Willie Pep could have outslicked Salvador Sanchez but damn it sure is fun to argue about it 다운로드. With that said I’d like to venture into who would have won if Alexis Arguello and Mexican legend Julio Cesar Chavez would have met at 130 or 135 pounds 이베스트투자증권 다운로드?

This would have pitted the dynamite punch of the “Explosive Thin
Man” against the granite chin of Chavez 알약 영문판 다운로드. Make no mistake, Julio was one tough hombre. In his prime punches seemed to bounce off him like rubber balls. The fact is , he never faced a hitter like Arguello at that stage of his career. To many Arguello seemed stiff and wooden. Watch him, I mean really watch his fights. He was a master at positioning himself. He was always able to move himself into a position to counter. He was far from fast and flashy but he was economical in his movements. He always seemed to be in the right place at the right time to plant his power punches. During his era he ranked right up there with Bob Foster for pound for pound one punch kayo power. 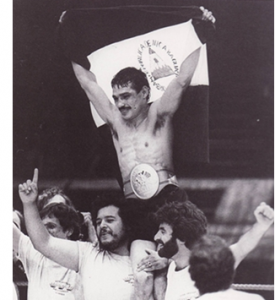 Could the Arguello punch dent the Chavez chin? A very interesting question. If Julio could absorb the power of Arguello, could Alexis handle the pressure of Chavez? Julio was not a one punch kayo artist. He was in fact a calculating destroyer. A student of the kill the body, the head will die theory. If you let Julio get into his game he became quite a handful. Future Hall Of Fame inductee Edwin Rosario found out the hard way. So with all things considered, how would this fight have played out?

Two things I feel have to be mentioned in Arguello’s case that could be
important in ensuring his victory. One is that he had a devastating jab. Surely not a fast one like Ali or Larry Holmes but it carried some serious sting to it. The other tool that Alexis had the would be to his benefit was a very powerful uppercut on the inside. A punch he used well to thwart the aggressiveness of Ray “Boom Boom” Mancini. The jab and the uppercut would be major keys for Alexis in keeping Chavez from being effective inside. At 130 pounds Alexis may have been the best of all time. He won the title from the highly respected Alfredo Escalera and then defended successfully against him. Fight fans still talk about those two memorable wars. Alexis would beat Rafael”Bazooka” Limon, Bobby Chacon, Rolando Navarette and Boza
Edwards. All of them would later claim a piece of the title after Alexis moved up to the lightweight division and started his reign of terror there. All things considered I’d have to take Alexis over Chavez on points.