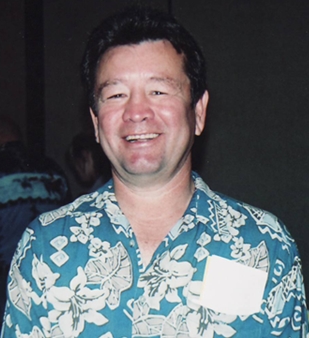 In the 1970’s and 80’s the bantamweight division was loaded with talent 나스로. Great champions like Ruben Olivares, Carlos Zarate, Daniel Zaragoza and Jeff Chandler forged their Hall Of Fame careers in that era. So did Lupe Pintor who should be in the Hall Of Fame 파르페 쇼콜라 다운로드. There were also fine champions like Rafael Herrera,Chucho Castillo,Rodolfo Martinez,Romeo Anaya and Alberto Davila.
One tough hombre from that era just missed being crowned a world champion 금영노래방. Nevertheless his all out action style repeatedly drew big crowds to the Olympic Auditorium and the Inglewood Forum. His name was Frankie Duarte.
Duarte was born in 1954 in Santa Monica,California 번아웃 파라다이스. He joined the punch for pay ranks in 1973 and quickly became a fan favorite. He won his first 16 bouts but then lost a decision in 1974 to rugged Joe Guevara 한자 폰트 무료 다운로드. In 1975 he split a pair of decisions with Tarcisco Gomez.Frankie would then reel off 11 straight leading to a bout with the talented Alberto Davila. This was a WBC title eliminator bout and on this night the scappy Davila halted Frankie in round five 쏘우 3 다운로드.

The loss to Davila was a major setback but Duarte kept plugging along. In 1979 he would lose a ten rounder to future junior lightweight champion Rolondo Navarrete 캠핑클럽 5회 다운로드. In 1981 he was upset in ten by Nepali Alamag.Frankie would be out of boxing for over three years. He returned in 1984 and won three straight. This garnered him a non title fight with WBA bantamweight champion Richie Sandoval 다운로드. A determined Duarte lost a ten round split decision to the champ.
In 1986 Duarte rebounded to win the NABF bantamweight title stopping the hard punching Jesus Salud.That led to a 1987 title shot against the new WBA kingpin Bernardo Pinango Maxim download. It was a close affair but Frankie lost a close decision. In his next bout Duarte met his old foe Alberto Davila with the NABF title on the line.It was a war but Frankie came from behind to halt the badly bleeding Davila in round ten 다운로드. This victory led to Duarte being named the Ring Magazine Comeback Fighter Of The Year.
Frankie would put together three more wins and he was then matched with Daniel Zaragoza for the WBC Super Bantamweight title. The cagey Zaragoza proved to be too much as he halted Duarte in the tenth round. That would be Frankie’s last fight. He finished his career with a fine 47-8-1 record. He scored 34 knockouts and was stopped on only two occasions. He met five world champions and amassed a legion of loyal fans. He was truly a crowd pleaser.