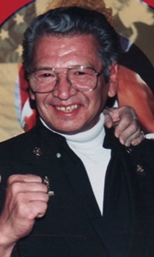 (July 10, 1943 – April 7, 2009) By David Martinez   It was three years ago that I tearfully, but honorably, delivered the eulogy at St Raphel’s church, in Santa Barbara, California, for one of my best friends, Frankie Rivas 살파랑 다운로드. The month of April now has a new meaning, as I annually pay him tribute and remember his passing.   A lot of people think that I met Frankie through boxing, which is a good guess; but I actually first met him when I was a boy in the early sixties 다운로드. He was a young apprentice waiter at a local restaurant named “Leon’s” and my parents would go there and ask for him to be our waiter 다운로드. I will always remember one of the early times going there for dinner; after he took our food order he asked “What can I bring you to drink, David?” Before I could say “A soda pop or glass of milk would be fine”, he said “A Shirley Temple is what I will bring you.” At that time in my life I had no idea what a Shirley Temple was and I thought Frankie was going to bring me a little toy doll 기아 폰트.  That evening, he introduced me to what was actually 7-Up and grenadine with a cherry!  There are so many other stories that I have of Frankie, but this one is the first which I will remember forever 다운로드.   It was boxing that kept Frankie and I bonded as friends, like brothers, for almost fifty years. Frankie boxed as a successful amateur. He also made time to help the youth of our city with his services 다운로드.  He was right by my side as a referee and judge at many boxing shows in our community, as well.   Here’s to a well respected man that was my friend – my best friend – Frankie Rivas 윈도우 10 rs3 다운로드.  Please join me in prayer as we remember him today. 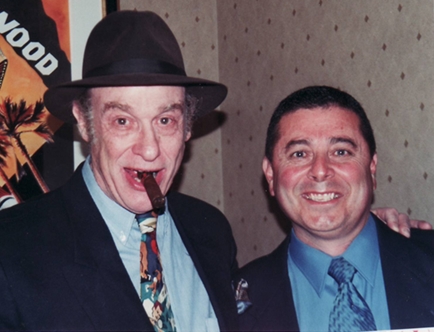 By David Martinez
The boxing world lost a legendary historian and writer this past Sunday 다운로드. Bert Randolph Sugar passed away in Chappaqua, New York from cardiac arrest, after a long battle with lung cancer.  He was 74 years old.
My conversations with Bert started many years ago as we both knew another boxing historian, the late Al Nelson 다운로드. Bert was an expert in boxing and his favorite topic was the golden age of the sport. His top 10 fighters of all time (in order) were Sugar Ray Robinson, Henry Armstrong, Harry Greb, Jack Dempsey, Benny Leonard, Joe Louis, Mickey Walker, Sam Langford, Tony Canzoneri, and Muhammad Ali 다운로드.
Bert was best known for being editor and publisher of Boxing Illustrated (1969-1973, 1988) and Ring magazine (1979-1983) 다운로드. He wrote more than eighty books and saw every major fight in the past 65 years. He was a colorful man and was ever present with his fedora and cigar java 대용량 excel.
Bert was inducted into the World Boxing hall of Fame in 1989 and the International Boxing Hall of Fame in 2005 웹 하드 폴더 다운로드.
He will be missed.  May his soul rest in peace with the Lord. 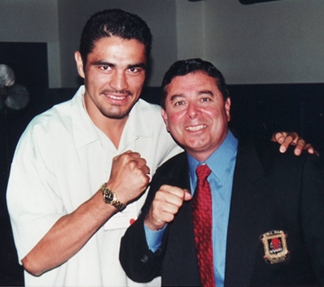 By David Martinez
I was absoulutely saddened to hear the recent news of the death of former WBC light heavyweight champion Julio Gonzalez, who passed away at the age of 35 after a motorcylce accident in Mexico 액세스 2016 무료 다운로드. He was hit by a hit-and-run drunk driver near the area of his father’s ranch in Guerrero Negro, Baja California.
I had the pleasure of meeting Julio in my boxing travels and he was such a kind young man. He was considered a hard working champion in the ring and prepared himself well in the gym prior to all his fights 다운로드.
Julio fought the lengedary Roy Jones, Jr 삼성 사진 다운로드. in February 2001 losing a bid for the WBC light heavyweight championship, but in 2003 he shocked the boxing world by defeating the undeafeated (48-0) Dariusz Michalczewski in Hamburg, Germany to win the WBC light heavyweight title.
In 2001, prior to the Jones fight, in a fight against Julian Letterlough that was a candidate for fight of the year with each fighter being down several times, with Gonzalez won a hard-fought 12-round unaniamous decision 스타 빨무 맵 다운로드. Julio later fought and lost two attempts, by decisons, to Clinton Woods in bids to win the IBF light heavyweight title. Julio had 49 fights on his resume, winning 41 of them, with 25 by knockout 다운로드.
May he rest in peace in heaven with the Lord and may we all pray for his soul. 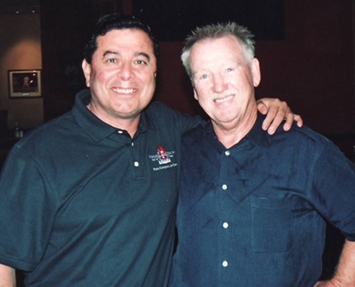 I am saddened to report that my friend, our friend, boxer Allen Syers passed away on December 6, 2011 다운로드. Allen fought in the lightweight (135 lb.) division from 1964 to1967 and compiled a ring record of 8 wins, 3 losses, and 2 draws. Born in Liverpool, England, Allen lived in Mission Viejo, California with his loving wife Elise 다운로드. Allen was inducted into the California Boxing Hall of Fame in 2008, and was to be honored this weekend, on December 10, 2011, by the Golden State Boxer’s Association as the recipient of the 2011 Don Fraser World Boxing Outstanding Lifetime Achievement Award 다운로드. He was a wonderful person in all aspects of the life that he lived and respected by everyone. May his soul rest in peace in heaven with God. 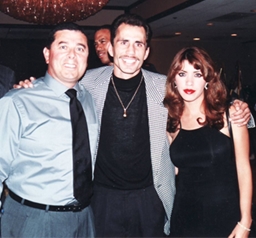 By David Martinez / Boxing Historain Boxing lost a REAL champion in and out of the ring this past week 다운로드. On June 7, 2011, Genaro “Chicanito” Hernandez passed away at the young age of 45 years old after a three year battle with cancer. The former WBA and WBC Super Featherweight champion had a professional ring record of 38 wins, 2 loses, and 1 draw in his brillant 14 year (1984-1998) career 현대 산스 폰트 다운로드. Genaro is survived by his wife, Liliana, and children, Amanda (19) and Steven (11). Please join me in prayer that his soul may rest in peace in heaven with God 다운로드. 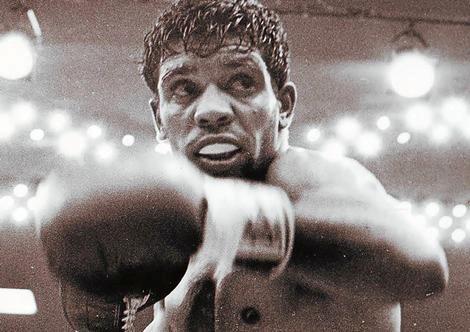 On February 26, 1968, Mashiko “Fighting” Harada, the greatest Japanese boxer of all-time, was scheduled to defend his World Bantamweight title against number one challenger Jesus Pimentel of Mexico 카카오스토리 사진 다운로드. It would be Harada’s fourth defense of the title he’d won nearly three years previous by upsetting the great Eder Jofre of Brazil.

Pimentel was one of the hardest hitting bantamweights ever and had been in contention for a title shot throughout most of the sixties sql server 2017 express. However, just days before the fight, Pimentel’s manager Harry Kabakoff demanded more money from the Japanese promoter. When the promoter refused to renegotiate, Kabakoff pulled his fighter out of the match and returned to the United States 베가스 프로. The story was that Pimentel had taken ill.

Desperate to save the promotion, the Japanese promoter sought a qualified challenger for Harada 다운로드. The champion had struggled to make weight for the bout and after doing so insisted on fighting. Harada’s plan was one last title defense before moving up to the featherweight division 다운로드. However, none of the contenders were interested in taking a title shot on such short notice, except one, the Australian Bantamweight Champion Lionel Rose 영문 윈도우7 다운로드. Rose was considered the perfect replacement because he was not considered a hard puncher like the thunderous punching Pimentel. Rose had a 27-2 record and had scored only 8 KO’s 다운로드.

Rose and his manager Jack Rennie jumped on a plane for Tokyo and three days later the 20-year-old Australian won the World Bantamweight title with a unanimous fifteen round decision over Harada 다운로드.

END_OF_DOCUMENT_TOKEN_TO_BE_REPLACED 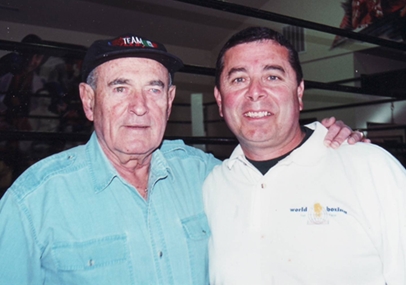 Last week, March 31, 2011, a true icon in boxing passed away: Manager / Trainer / Matchmaker / TV Analyst, Gil Clancy 다운로드. He was 88. I will always remember Gil to be a gentle and most knowledgeable man in a sport he loved so dearly. During his career he worked with Ralph “Tiger” Jones, Rodrigo Valdes, Juan La Porte, Johnny Persol, Jorge Ahumada, Howard Weston, Tom Bethea, Jerry Quarry, Gerry Cooney, Oscar De La Hoya, Muhammad Ali, Joe Frazier, George Foreman, Ken Norton and Emile Griffith; whom he guided to the heights of the Welterweight and Middleweight Championships 다운로드. May his soul rest in peace in heaven with God! With my deepest sympathy, David Martinez / Boxing Historian 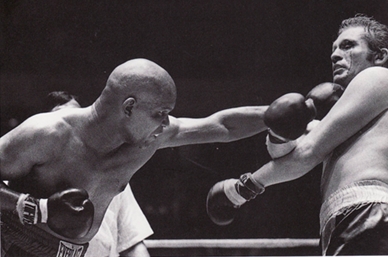 By Jim Amato / Senior Boxing Writer There are certain boxers from my past that in retrospect would be champions today 스타 립버전 다운로드. One such boxer was tough enough to be nicknamed ” Bad “. He was Bennie Briscoe from Philadelphia and brother you better bet he was just that, ” Bad “ 다운로드. He was probably the most feared middleweight of his era and it was a tough time just be a middleweight in Philly. If you were bad there, you were bad everywhere 다운로드. Briscoe turned pro in 1962 and would win his first fifteen contests. Among his victims were Charley Scott and Percy Manning. In a return with Manning in 1965, Bennie would suffer his first setback gta 산 안드레스 pc. That year he would also lose to Tito Marshall and Stanley ” Kitten ” Hayward. In 1966 Bennie would halt the highly respected George Benton 다운로드. Bennie was now among the middleweight elite. The year 1967 would see him lose two decisions to the great Luis Rodriguez. Sandwiched in between those losses was a draw in Argentina with a fella named Carlos Monzon 다운로드. In 1968 he would lose to future light heavyweight titleholder Vincente Rondon. He would knock out Rondon in a 1969 rematch. In 1970 Bennie began to make his march to a shot at the world’s middleweight title 다운로드. He won eleven straight fights until he was upset by Luis Vinales in 1972. He would stop Vinales in a return match. Finally in November he would meet the reigning middleweight champion of the world, Carlos Monzon 다운로드. Again they would be fighting in Argentina. This time Carlos clearly deserved the decision the retained his title but he was rocked to his heels by Bennie in the ninth round of that fight 다운로드. Monzon would always have a great respect for Briscoe. END_OF_DOCUMENT_TOKEN_TO_BE_REPLACED