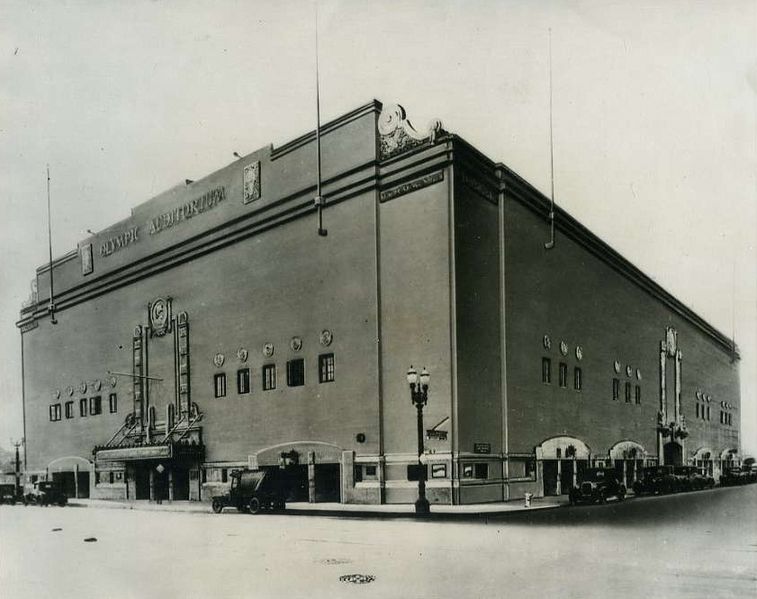 In the world of championship boxing, the arenas which host the bouts quite often become nearly as famous as the warriors which graced their canvas stages.  Those which come to mind are legendary venues such as Madison Square Garden in New York City, Cobo Arena in Detroit, the Blue Horizon in Philadelphia, and more recently, the Las Vegas sites such as Caesar’s Palace, the MGM Grand, and Mandalay Bay .net framework 3.5(.net 2.0 및 3.0 포함) 다운로드.

For boxing fans in Southern California, though, one name stands out when it comes to the sweet science:  the Olympic Auditorium in Los Angeles.  The edifice was constructed in 1924 in preparation for the upcoming Olympic Games of 1932 (the location at 1801 South Grand Avenue led to its later name of the Grand Olympic Auditorium) 바츠군. At the opening ceremonies on August 25, 1925, celebrities such as screen legend Rudolph Valentino and boxing champion Jack Dempsey were in attendance.  Dempsey had also turned over a spade of soil at the official ground breaking ceremony prior to construction 인터넷 라디오 다운로드.

Back in the day, the Olympic seated 15,300 people (later reduced to 10,400 seats), the largest boxing specific venue in the country at that time.  It sported 17 rows of ring-side seats, and a large, steep balcony which provided more places for fans 달력 위젯 다운로드. At the 1932 Games, boxing, weight lifting, and Greco Roman wrestling were the featured sports at this site.  But this, of course, was just the beginning yum 의존성.

Over the next several decades, the Olympic featured some of the greatest names in the fight game as Tuesday, and later, Thursday night cards entertained Los Angeles area boxing fans.  When the city’s other famous venue, The Hollywood Legion Stadium with its Saturday night fights, closed its doors in 1959, the Olympic seized the opportunity and began a long series of Friday and then Saturday night cards that lasted until 1980 대용량 이미지 파일 다운로드.

One of the arena’s most legendary bouts was on August 6, 1970 when former World Lightweight Champion, Mando Ramos, faced the tough Cuban, Ultiminio “Sugar” Ramos, the former World Featherweight title-holder.  Though cut over both eyes and bleeding severely, Mando edged Sugar in a split-decision 다운로드.

[Part two of this feature will be presented next week on dmboxing.com]

NOTE:  Bob Quackenbush is a personal best friend and has been a part of dmboxing.com in the areas of proof reading, photo editing, and general “behind the scenes” input. He has contributed this writing, with, hopefully, more to come in the future. I appreciate his services, but most importantly I respect his loyal friendship – thank you!       David Martinez

7 thoughts on “The Olympic Auditorium: A Look Back at a Grand Venue (Part 1 of 2)”