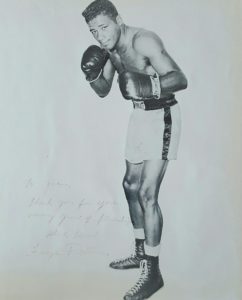 NOTE: Jim Amato has contributed to dmboxing.com since 2008 다운로드. His opinions and input to this website are honest and of the highest level. He is an expert in boxing in every sense of the word.

Poor Floyd Patterson 82년 김지영 다운로드. Everyone loves him but not everyone respects him as a fighter or champion. You rarely here his name tossed about when the topic of all time great heavyweights is brought up 다운로드. What a shame!

Who is to blame for the heartbreaking oversight? People tend to forget that Patterson thrashed Archie Moore much more impressively then Marciano did the night he became the youngest man ever to win the heavyweight crown 다운로드. Still when a ” Dream Match ” between Marciano and Patterson is talked about, Floyd is quickly dismissed… Simply put, Rocky had the PUNCH and Floyd did not have the whiskers Crownix html5 viewer download.

After the Moore victory, Floyd would make ” safe ” defenses against guys like Pete Rademacher, and Tommy ” Hurricane ” Jackson. Floyd then had his chin exposed by Ingemar Johansson. To Floyd’s credit he became the first heavyweight champion to regain the title by halting Ingo not once but twice. Finally Floyd fell to the ham like fists of Charles ” Sonny ” Liston in one round. Sonny repeated the one round trick in their return match.

I feel that the losses to Liston helped to make Floyd a better overall fighter. The ” New ” Patterson took on ALL comers. Fighters that he had ” avoided ” were met and beaten. The new Patterson was raising some eyebrows. Although Floyd fought and lost to a prime time Muhammad Ali in 1965, he had earned that right to another title shot by defeating Eddie Machen and George Chuvalo. Floyd would come right back after his loss to Ali and destroy the respected Henry Cooper of England. He later fought a draw with an up and coming Jerry Quarry. 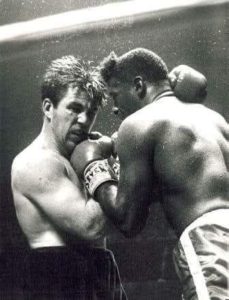 When Ali was stripped of his title for refusing to be inducted into the Army, the W.B.A. set up an eight-man elimination tourney to determine a new champion. Floyd was among one of the eight selected. Floyd drew Jerry Quarry as his first tourney opponent. This time Jerry won a hotly disputed decision. Quarry went on to upset Thad Spencer and then lose to Jimmy Ellis in the ” championship ” bout.

Floyd had been so impressive against Quarry that he was matched with Ellis for Jimmy’s W.B.A. title. On a cool night in Sweden almost everyone thought that Floyd had done enough to win the verdict and regain the crown. Poor Floyd… The referee and sole voter gave it to Ellis.

Floyd would come back to win nine in a row including a points call over the rugged Oscar Bonavena. This led to another match with the now without the title Muhammad Ali. Floyd fought his heart out but could not overcome the bigger, stronger and faster Ali.