By David Martinez
Boxing Historian
NOTE:  This article feature was originally posted two years ago … re-posting in honor and rememberance of the legendary boxing trainer Eddie Futch on the anniversary month of his passing … may his soul rest peacefully in heaven with the Lord 다운로드. 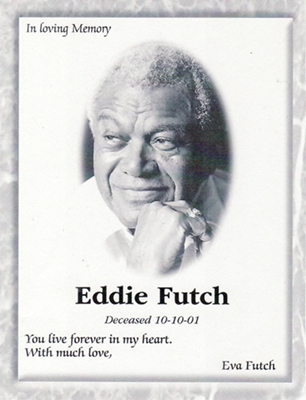 October 10, 2012 will be the anniversary date of the passing of Eddie Futch 엔트리 코딩 다운로드. Eddie was born on August 9, 1911, in Hillsboro, Mississippi, and passed away on October 10, 2001. He was a man that I consider to be the best trainer in boxing in my era of the sport 다운로드.
He trained or managed twenty two world champions, which included Don Jordan, Hedgemon Lewis, Bob Foster, Joe Frazier, Virgil Hill, Ken Norton, Alexis Arguello, Michael Spinks, Trevor Berbick, Larry Holmes, Riddick Bowe, Wayne McCullough, Montell Griffin, Marlon Starling, and Mike McCallum, to name a few 다운로드.
Eddie, in my opinion,  will be most remembered for two things in his outstanding career: on March 8,1971, in what was known as the “Fight of the Century” , he guided Joe Frazier to a 15 round unanimous decision over previously unbeaten Muhammad Ali; and in1975 his decision to stop the Ali vs. Fraizer fight, “The Thrilla in Manila”, because of Frazier’s eyes which were swollen shut after 14 brutal rounds.
An intresting fact about Eddie was that he trained four of the five boxers that defeated the great Muhammad Ali in his career; they were Joe Frazier, Ken Norton, Larry Holmes and Trevor Berbick.
A man that is respected by all who knew him, may we remember Eddie in prayer on the anniversary of his death; and I would personally like to offer my sincerest blessing to his widow, my friend, Eva Futch.
May his soul continue to rest peacefully in heaven with God forever.