FLASHBACK *** This article was originally published on April 6, 2014 on dmboxing.com

Veterans Park District’s Leyden Boxing Gym in suburban Chicago was the scene of some hot and heavy action last week as a couple of undefeated fighters from the West Coast got in some work with a spirited sparring session 드림위버 cc 2017 다운로드.

Roger Romo from Oxnard, California brought his professional record of 5-0-3, and a wealth of experience, into the gym to work with Tacoma, Washington’s Mike Gavronski, who sports a professional record of 13-0-1 다운로드. In addition to having worked with the likes of Sergio Martinez and Kelly Pavlik, Romo has grown up in boxing as the younger brother of two time world champion Fernando Vargas wii 정발 게임.

Gavronski will be in action April 14, in Chicago, on a show televised by Fox Sports Monday Night Boxing. With 10 of his 13 wins by knockout, he is quickly becoming a fan favorite who hopes to crack into the middleweight division’s top ten rankings sometime within the next year 다운로드. Sportswriters, from the Seattle – Tacoma, area, voted him the Northwest Region’s Fighter of the Year for 2013. And, he just returned from San Diego where he got in some more good ring work with Andre Dirrell and Mike Lee 다운로드.

END_OF_DOCUMENT_TOKEN_TO_BE_REPLACED

FLASHBACK ***** This article was originally published on www.dmboxing on February 7, 2015

She has been called “This Television Season’s It Girl” 다운로드. She just won a Golden Globe Award for “Best Actress In A Television Series Musical Or Comedy”. She just had a full page picture of her, with her Golden Globe and that winning smile splashed across the pages of  People  Magazine 행진곡 다운로드! She’ll be on the cover of the March 2015 issue of Latina Magazine. Gina Rodriguez seems to be everywhere, riding high on a wave of success based on her portrayal of Jane Villanueva in the hit TV series “Jane The Virgin” 다운로드. And quite frankly… it couldn’t happen to a nicer person! She’s bright, articulate, she hasn’t forgotten her roots and she’s a role model.

Now here is the tie into boxing… if her name sounds familiar it is because her father is Chicago referee “Geno” Rodriguez 쇼미더머니4 노래 다운로드. Boxing fans have seen Geno in the ring refereeing some of the game’s top fighters. Most recently he was in China refereeing the Manny Pacquiao – Chris Algieri bout 드래곤 길들이기2 다운로드. He also did Pacquiao – Brandon Rios. And over the years fight fans have seen him refereeing bouts with Wladimar & Vitali Klitschko, Joe Calzaghe, Nigel Benn, Hector Comacho and dozens of other champions and top contenders.

On July 19, 1990 at the Kingdome in Seattle, Washington, Craig “Gator” Bodzianokski from Chicago, Illinois stepped into the ring to challenge the reigning and defending WBA Cruiserweight Champion of the World, Robert Daniels, from Miami, Florida. After 12 rounds of action it went to the judges’ scorecards where Daniels won a unanimous decision and retained his Title 다운로드.

However, there was something so unique about this fight that never before or since, in the history of boxing, has this situation been repeated. Bodzianowski had only one leg 다운로드!

In Part 1 of “Boxing’s Unsung Heroes”, I referenced an article by Ted Sares Diffuse download. In his piece, Sares mentions a couple of Chicago guys, Anthony Ivory, and Alfredo “Freddy” Cuevas. Two tough pros who took on all comers. With an overall record of 26 wins – 10 losses -1 draw, in a career that spanned 13 years, Cuevas had KO wins over Charles Murray and Wilfredo Rivera 데몬 가상드라이브 다운로드. He came up short in bouts against Marco Antonio Rubio, Jermain Taylor, John Duddy, Santiago Samaniego, Kasim Ouma, Kingsley Ikeke, Michael Rask and he split a couple of bouts with fellow Chicagoan Anthony Ivory 대통령의 시간 다운로드.

END_OF_DOCUMENT_TOKEN_TO_BE_REPLACED

Unfortunately none of his fights have been on US soil 다운로드. For years Murray had been denied a US Visa, due to legal problems. I heard he finally was able to get things straightened out but, as of this date, he has yet to set foot in a US Ring. Perhaps he never will. The losers here have been the US fight fans, who never really got a chance to know Murray or see him fight in person. I sure wish this guy would have come up in Southern California!

END_OF_DOCUMENT_TOKEN_TO_BE_REPLACED

NOTE:  Steve Corbo, is a veteran of more than 35 years in the boxing game, has been a co-host and color commentator for televised boxing events, as well as a professional boxing judge 다운로드. He has worked with professional boxers in a variety of capacities, and has written several articles on boxing that have been published in various periodicals 다운로드. He has made his mark as a top boxing ring announcer, especially in Europe, where he announced major WBC, WBA, IBF, and WBO World Championship title bouts televised worldwide 리모콘 어플. Harold Lederman, Boxing Hall of Fame member and a part of HBO Boxing’s broadcast team, called Steve Corbo “one of the best boxing ring announcers in the entire world.” A Chicago native, Steve has also been heard as the backup PA announcer for the Chicago Blackhawks NHL hockey team 영어책 다운로드.

I will always remember this fight because I was there, at ringside, close enough to reach out and touch Cleveland Denny. In the late 1970’s my friend Johnny Lira was the USBA Lightweight Champion and one of world’s top rated lightweights 7공주 mp3 다운로드. In ’79 he lost in his bid to capture the WBA World Lightweight Title.

A year later, Ring Magazine had him rated #5 in the world , he was looking to get back into the mix and get another shot at the title. Johnny was going to fight Gaetan Hart on the undercard of Sugar Ray Leonard vs Roberto Duran, up in Montreal. The bout was scheduled for June 20,1980. But they weren’t able to make the fight and Cleveland Denny wound up in the ring facing Hart, instead of Lira. Johnny, myself and Mauro DiFiore decided to go up to Montreal anyway and see the show. What a show it was, taking place at the Olympic Stadium and in the same city where just four years earlier Sugar Ray Leonard won a Gold Medal in the 1976 Olympics. Johnny was on top of his game so we were with Angelo Dundee, Wilfredo Benitez, media guys like the dean of all boxing historians Hank Kaplan, etc. We were surrounded by boxing royalty. We had no tickets, but somebody hooked us up and we got in on some TV/Radio Press Passes! We had no assigned seats! I ended up sitting in Leonard’s corner, on a folding chair I picked up from someplace, next to Joe Frazier. We talked about his son Marvis, who was an amateur at the time, and had just won the National’s.

END_OF_DOCUMENT_TOKEN_TO_BE_REPLACED

The following article was written by Steve Corbo and is Reprinted here on dmboxing.com with permission of Fra Noi  www.franoi.com Copyright 2017 오늘의 탐정 다운로드.

About The Author:  Steve Corbo has more than 35 years in the boxing game. He has been a professional boxing judge; color commentator for televised boxing; and is a top ring announcer, especially in Europe, where he has announced major world championship title bouts 다운로드. Harold Lederman, a Boxing Hall of Famer and member of HBO Boxing’s broadcast team, has called Corbo, “one of the best boxing ring announcers in the entire world.” A Chicago native, he has also been heard as the backup PA announcer for the Chicago Blackhawks 다운로드. He is a graduate of the University of Southern California.

Ladies and gentlemen, introducing one of professional boxing’s most respected stars outside of the ring 능엄신주. From Chicago, the only Italian-American professional boxing judge in the state of Illinois, always in the neutral corner, is Mauro DiFiore.

His reputation as one of the best has brought him to a level few ever attain 컴퓨터 바둑게임 다운로드. The globetrotting DiFiore has judged championship matches all over the world. He has appeared on HBO, Showtime, ESPN and several international networks where he has been seen by millions of fight fans 다운로드.

END_OF_DOCUMENT_TOKEN_TO_BE_REPLACED

*** FLASHBACK *** this article originally appeared on dmboxing.com on September 17, 2013

By Edgar Gonzalez / Founder and Publisher of MyBoxingFans.com

C.J 다운로드. Ross is the only judge that scored the Mayweather-Canelo fight as a draw, 114-114. The other two judges scored it for Mayweather 116-112 (Dave Moretti) and 117-111 (Craig Metcalfe), giving the pound-for-pound king a majority decision victory 다운로드.

After the fight boxing expert Teddy Atlas went on ESPN and said Ross’ score was a travesty and suggested she was a criminal.

Everyone in the arena was shocked by C.J.’s call … including Floyd Mayweather who mouthed the words, “What the f***” when the announcer revealed he won on a majority decision and not unanimous 태교 음악 mp3 다운로드.

This is not the first time Cynthia J. Ross has been in a controversy scoring.

Ross is the same judge who awarded a controversial split-decision victory to Timothy Bradley against Manny Pacquiao and she loves giving draws 다운로드.

END_OF_DOCUMENT_TOKEN_TO_BE_REPLACED 리턴1979. Ross Should Get Fired! The only judge scoring a draw on the Mayweather vs. Canelo fight →

다운로드 The following article is a Guest Post from Darin Dobson who I met on Facebook.  I enjoy his boxing input; here he offers his opinion which I am delighted to post and share 다운로드. Thank You Darin. 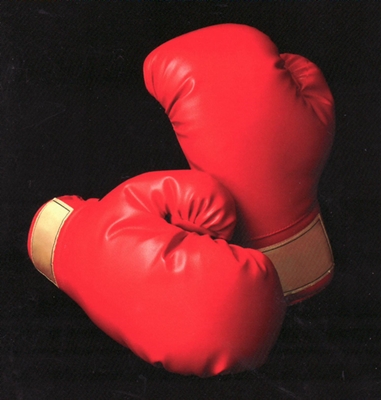 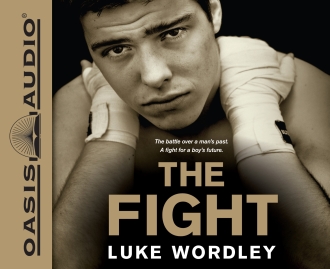 At the top of the charts in Great Britain, “The Fight” has recently been released in the United States with the audio version being recorded by Corbo and released by Oasis Audio 다운로드. Two-time World Champion boxer, Nigel Benn, has enthusiastically endorsed “The Fight”.

Reading the book this summer, he said: ‘I loved The Fight 다운로드. I just couldn’t put it down. It is so realistic and true to life. I can’t recommend this book enough.’

Publishers Weekly reviewed: “The Fight” and said “Wordley has written a champion novel that will stand out in a crowded ring of contenders.”