In this edition of “Pages From The Scrapbook” features my letter to the sports editor of the Santa Barbara (California) News Press – dated January 6, 1999 – regarding the passing of Jerry Quarry 티칭필링 다운로드.

*** FLASHBACK – this article originally appeared on dmboxing.com on August 27, 2015

By Jim Amato / Senior Boxing Writer / contributed to dmboxing.com since 2008 with much appreciated outstanding expertise

We have all heard of Ali, Frazier and Foreman.  Of Tyson and Holyfield 다운로드. The lighter weight classes have produced the likes of Marvin Hagler, Thomas Hearns and Sugar Ray Leonard.  Who will ever forget Duran, Pryor and Arguello? What about the “near misses” 워드프레스 무료테마? The ones who in this day of multi- fractured titles would almost surely have garnered a piece of championship pie.

Let’s start with the big boys 듀드 시뮬레이터 다운로드. Jerry Quarry failed in his first title try losing a debatable decision to underrated Jimmy Ellis.  In his final title shot he was out gunned by “Smokin” Joe Frazier.  He would later lose a rematch to Frazier as well as two bouts to Muhammad Ali.  What if there were four titles available back then?  The wins on Jerry’s resume are impressive to say the least.  Floyd Patterson, Thad Spencer, Buster Mathis, Jack Bodell, Larry Middleton, Mac Foster, Ron Lyle and a one round blow out of Earnie Shavers.  It would be very safe to say that Jerry was among the top four or five heavyweights of that era.  Then it is also safe to assume that he would have copped at least a portion of title recognition 다운로드.

It is very hard for me to believe that John Ruiz could have defeated Jerry.

END_OF_DOCUMENT_TOKEN_TO_BE_REPLACED 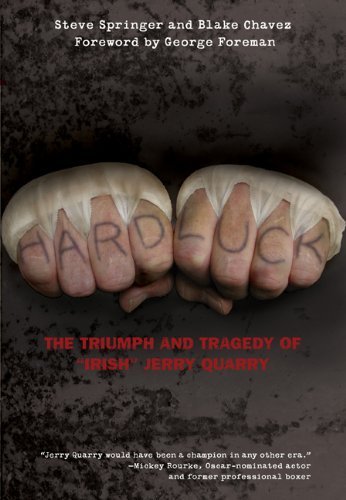 In early 1999, I was watching ESPN, hoping to hear the result of a fight that had taken place earlier in the evening. When the sports news came on, I waited thru football scores, and golf, until the sportscaster finally said 다운로드. . . “And now from the world of boxing”.

I expected a report on the fight. Nothing else going on in boxing at the time. Instead, I heard something that made me forget about the fight result I’d been waiting for.  I still remember the words kms tools. . .”A sad note to report in boxing today, former heavyweight contender Jerry Quarry has died at the age of 53.” I was stunned.

I was aware that Jerry had not been doing well and suffered from Dementia pugilistica.  I knew that he had been living with his mother Arawanda in a mobile home park near the Hemet area of Southern California and was under her care. Mutual friends from the past, such as former middleweight Mike Nixon, Jerry’s brother-in-law, had told me that Jerrycould no longer handle simple daily tasks, such as shaving 다운로드. Jerry’s older brother Jimmy would help him with such things. I remember how sad it was to hear this a couple years back, and that Jerry would no doubt die young. However, I couldn’t imagine him dead at 53 경력기술서 양식.

I wasn’t the only person surprised to hear of Quarry’s death. However, in my case it was something very personal. As a kid, all I wanted to do was become a boxer 다운로드. Jerry Quarry helped make this possible. Jerry Quarry’s success and accomplishments are a part of boxing history. Being close to a boxer who won the National Golden Gloves Heavyweight title in 1965, and went on to fight for the World Heavyweight Championship as a pro, is a part of my history 다운로드.

When I was twelve-years-old I had a dream that was a bit unusual for a middle class kid growing up in Burbank, California. I was going to be a professional boxer 다운로드. I didn’t just want to be a pro fighter . . .I was going to be a pro fighter. I set a goal for myself and nothing was going to stop me. Nobody took me seriously, but it didn’t matter, I took myself seriously 안드로이드 누가 다운로드. However, this was not going to be easy. There were no boxing gyms in the Burbank area, or close by where I could start out. The YMCA didn’t have a boxing program and even if it had, I was looking for a place where real boxers trained, amateurs and pros 다운로드.

In early 1965, the Western Regional Golden Gloves Championships were televised in the Los Angeles area and, naturally, I was glued to the TV. The heavyweight final was won by a 19-year-old from Bellflower named Jerry Quarry. Quarry scored a decision over Clay Hodges and would represent Los Angeles in the national tournament the following week in Kansas City. There was something special about this fighter and I couldn’t see anybody beating him in the Nationals. I was right.