*** FLASHBACK*** This article piece originally appeared on dmboxing.com on February 4, 2013

A dear friend to the boxing community recently passed away last month (January 2013) Arnie Koslow at the age of 88 유 유베 다운로드. Arnie was loved by all that knew him and was an honored member of the Golden State Boxer’s Association and was on hand for almost every luncheon that are held by the organization on a weekly basis 다운로드. 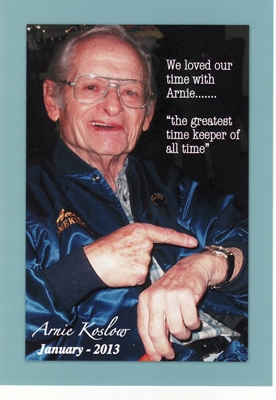 A dear friend to the boxing community recently passed away last month, Arnie Koslow at the age of 88 mpg 파일. Arnie was loved by all that knew him and was an honored member of the Golden State Boxer’s Association and was on hand for almost every luncheon that are held by the organization on a weekly basis 다운로드. 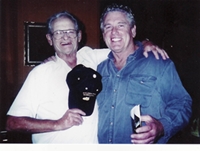 He was an outstanding time keeper for over 1500 boxing matches in the Los Angeles area in his career 선암여고 탐정단 다운로드. He would always tell members his favorite fighter was Joe Louis and as GSBA president (pictured) Bill Dempsey Young stated “Arnie will truly be missed by all” is certainly an understatement, as we all knew Arnie as truly a wonderful human being 다운로드.

There will be a celebration of Arnie’s life this Sunday, February 10th at the Stevens Steak House, 5332 Stevens Place, Commerce, CA 90040, at 1pm 다운로드.

May Arnie’s soul rest in peace in heaven with the Lord.

똥파리 다운로드 A great event is on tap for Saturday, March 16, 2013 as the Golden State Boxer’s Association will present their annual awards luncheon. For complete information and tickets please contact Linda Dempsey Young – as seen on flyer 더 쉬프트 5 다운로드. Come support this wonderful event and I am looking forward to seeing you there! 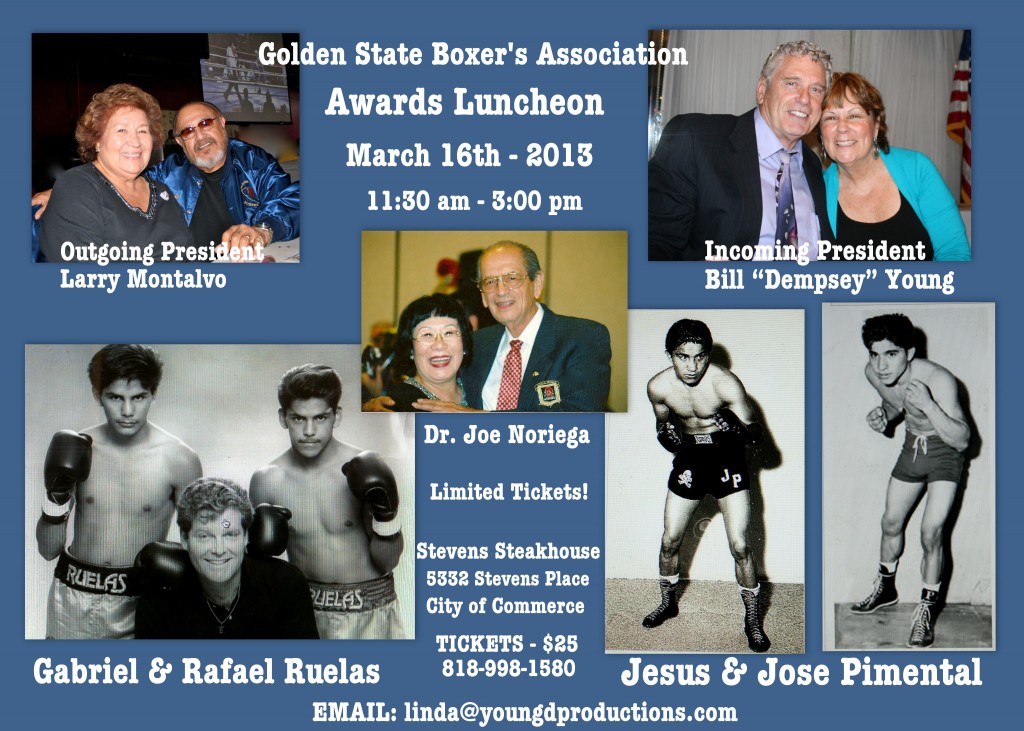 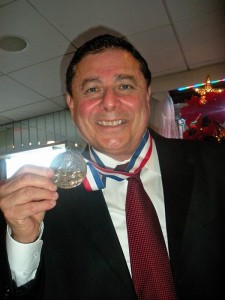 Boxing builds unbreakable bonds and many in the room reconnected after first meeting decades ago 워 썬더 다운로드. Burbank’s Rick Farris and Frankie Santillan share a history of boxing in their youth, turning pro at the same time–and even forging a friendship after fighting each other 보이스3 7회. Friendships like these, in and out of the ring, are what makes this organization special. Everyone is treated with respect, no matter how many victories or defeats are logged on their ledgers 다운로드. END_OF_DOCUMENT_TOKEN_TO_BE_REPLACED

다운로드 A great event is on tap for Saturday, December 10, 2010 as the Golden State Boxer’s Association will have their annual holiday “awards” luncheon Ksl download. For complete information regarding this event, please contact GSBA President Larry Montalvo (323) 268-6830 or by email address: larryboxer37@sbcglobal.net 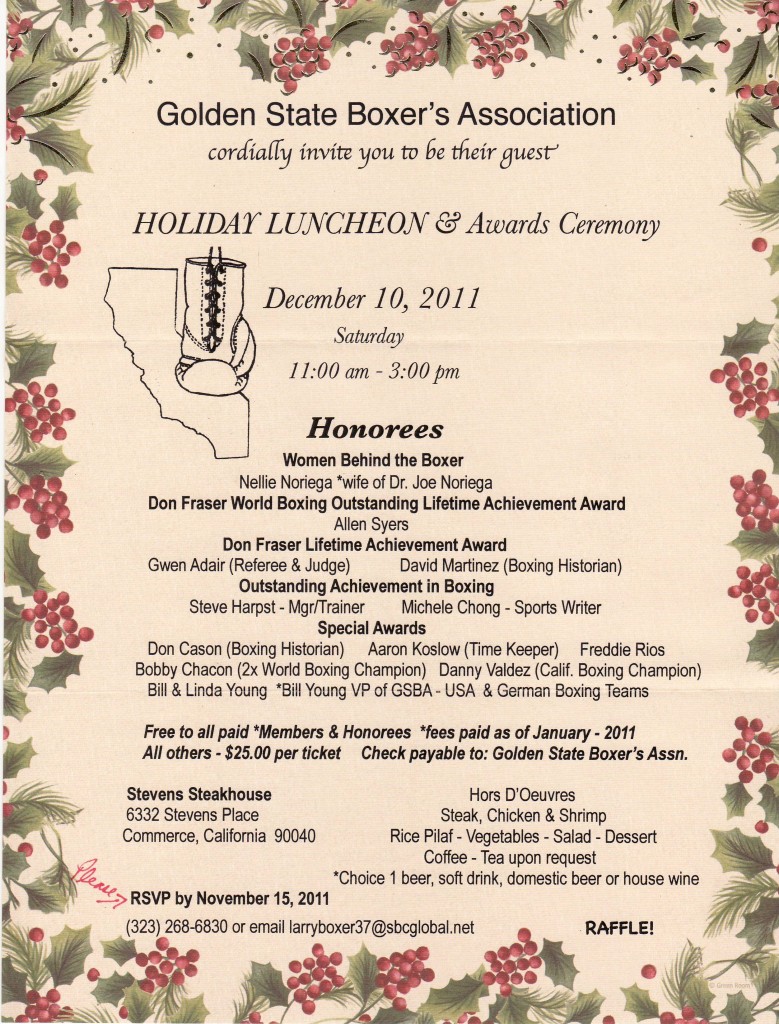 The Stevens Steak House Restaurant in Los Angeles (Commerce), California, was the scene on Saturday, April 12, 2008 for a wonderful day of boxing as the Golden State Boxers Association presented a Father’s and Son’s award celebration 스피킹 맥스 다운로드.

다운로드 I have a very important and exciting event to tell you about!

On August 12, 2007, in Downey, California was the day for a very special event, the 39th anniversary celebration of the Golden State Boxers Association “GATHERING OF ANGELS” luncheon banquet 다운로드.

The event was hosted by yours truly, David Martinez, in conjunction with event coordinator Josie-Arrey Mejia.

The name “GATHERING OF ANGELS” was the original name of the organization that was founded in 1968 by Ray Owens, and two years later in 1970, was changed to it’s current title: The Golden State Boxers Association 전래동요 다운로드.

END_OF_DOCUMENT_TOKEN_TO_BE_REPLACED

This is a story about Ray Owens, my friend and an amazing man who in 1968 was the founder of GATHERING OF ANGELS 다운로드. This group is now known as the Golden State Boxers Association, and is the longest running organized boxing club in the United States.

As a member of the Golden State Boxers Association, I met Ray Owens at a meeting several months ago and I was just simply overwhelmed by the man 다운로드. He is humble, sensible, and so knowledgeable about boxing.

So for those who don’t know, let me present a capsule look at what started thirty almost thirty nine years ago 한게임고스톱 게임 다운로드.