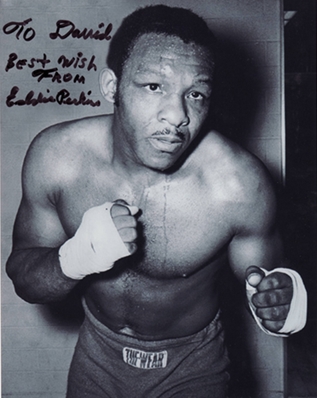 I had the esteemed honor to be chosen to be Eddie’s presenter when he was inducted into the World Boxing Hall of Fame on October 14, 2006 다운로드. His wife, Annie, and his entire family were present and it was such a pleasure meeting this loving family. For that event I put together Eddie’s bio for the official progarm regarding his induction into boxing’s elilte and now would now like to bring back what I wrote in 2006 honoring Eddie 다운로드.

Sevices for Eddie will be at the Midwest Memorial Chapel, 5040 South Western Ave, Chicago, Illinois on Saturday May 19, 2012 at 10am. 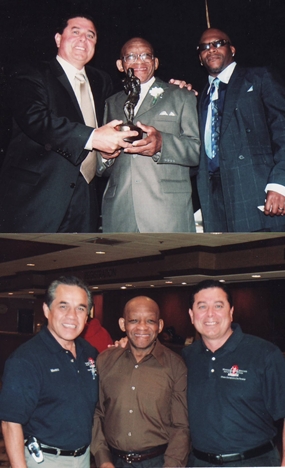 May his soul rest in peace in heaven with the Lord 다운로드.

Eddie Perkins might just have been the best welterweight champion that many boxing fans never knew about, he fought for three decades against the top rated contenders of his time and about half of his 97 bouts were fought in various foreign countries outside the United States 다운로드. All seven of his Junior Welterweight title fights (1961-1965) were fought outside the United States.

Eddie was born in Mississippi and moved to the windy city of Chicago when he was four years old and had an amateur bout span of 46 fights before turning pro in 1956, known thoughout his career as a very slick boxer and counter puncher, was only stopped once (Al Urbina in Mexico City 11-28-59) in 97 professional fights as a professional 다운로드.

Eddie’s first bid for a world title in October 1961 was against Duilo Loi, who only had two losses on his ring record in 113 fights sony playmemories. The bout was in Loi’s home town of Milan, Italy and it resulted in a 15 round draw – thus Loi retaining his title.

In their next fight in September 1962 Eddie won the WBA Junior Welterweight championship with a convincing 15 round decision over Loi, again in his home town of Milan, Italy xcode 10. They fought a third time a mere three months later in December when Eddie lost the title to Loi via 15 round decision.

Eddie reagined the WBA / WBC title in June 1963 when he fought Roberto Cruz in his home country, Manila, Philippines 크리스마스 카드 이미지 다운로드. He knocked Cruz down in the very first round to win a unanimous 15 round decison.

Eddie made two successful title defenses, both in the opponents home land countries (Yoshinor Takahashi / Tokyo, Japan and Bunny Grant / Kingston, Jamaica) before traveling to Caracas, Venezuela in Januray 1965 to defend his title against home town opponent Carlos Hernandez 다운로드. This was a fight that referee Henry Armstrong said “was the worst instance of partiality I have seen in my 35 years of boxing”. Armstrong scored the fight unanimously for Perkins, only to be-out voted by two Venezuelan judges.

In Januray 1973, Eddie fought and won the North American Boxing Federation title from a much younger Armando Muniz (Eddie was just shy of 36 years old) and also won the rematch a year later in 1974.