Golovkin ended the fight with a knockout in the second round after sending Wade to the canvas for a third time in the fight with a vicious right hand 유튜브 mp3 무료 다운로드. The knockout was his 22nd straight, dating back to 2008.

In the co-feature, Roman Gonzalez (45-0 / 38 by KO) won a unanimous 12 round decision over McWilliams Arroyo (16-3 / 14 by KO ) successfully retaining his WBC flyweight title hwidgen. 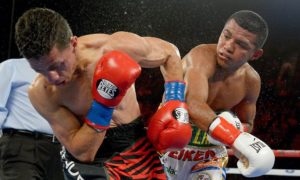 After losing the first round, Gonzalez went on to win every round on my scorecard. He was the aggressor and landed over 1,000 punches, including more than 300 power shots.

Although Wade was game and went the distance, there was no doubt who would be the winner as the fight progressed round after round.

*** In another noteworthy fight from Cebu City in the Philippines on Saturday night, WBO super bantamweight champion Nonito Donaire (37-3 / 24 by KO) crushed top-rated contender Zsolt Bedak (25-2 / 8 by KO) in less than three rounds. 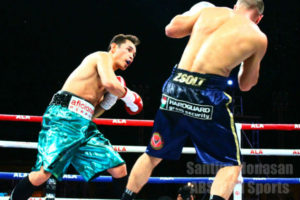 “The Filipino Flash” dropped Bedak twice in round two and the bout was stopped after another knockdown in round three; the time was 2:44.