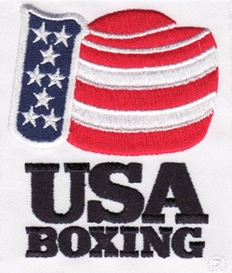 With the 2012 Olympic Games now behind us, let me congratulate our country’s first gold medal winner Claressa Shields, and also bronze medal winner Marlen Esparza Wanted download. Their performances were nothing less than outstanding.

As I watched, in what little there was for my standards, the boxing competition, I was displeased with the judging and the officiating.  Olympic scoring is a computerized count of punches thrown, which is confusing because if you land a couple of more jabs than your opponent but are rocked yourself by a few more damaging punches you win the round ojdbc8.jar. So is this fencing with gloves?

With the decline and early exit by the men’s team, TV ratings were at their lowest this year. I personally felt that the whole boxing tournament was a confused maze of miscarriages of justice, with one referee expelled, another suspended and twelve bouts under protest.

Also during the final days of the boxing coverage, the two American NBC announcers, Teddy Atlas and Bob Papa were not even on hand to report. Olympic officials asked them to move back from their ringside seats because they claimed the two were bothering the judges.  So Atlas and Papa, on their own, decided to leave instead of calling the bouts off a video TV feed elsewhere in the building.

By the time 2016 rolls around for the next Olympics in Rio, I am confident some major changes will take effect which will include a pro-style scoring 10 point must system, meaning the winner of each round gets 10 and the loser gets 9 or less depending on any knock downs, rather than this bogus computer scoring system of today.  I am expecting that in the men’s competition they will fight without headgear,  which will parallel amateur boxing as compared to professional boxing. The only main stay will be the length of rounds, which will remain at three in the amateur ranks. I believe these changes are long overdue in order for Olympic boxing to stay alive and prosper.