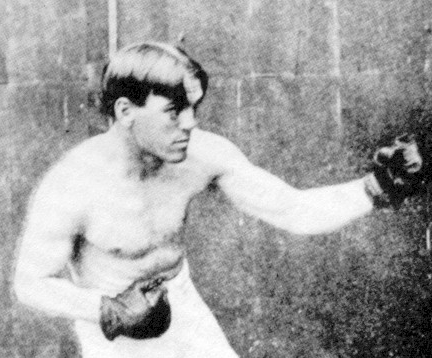 At the turn of the 20th century, Brooklyn was becoming a thriving suburb of its own in the New York Metropolitan area Fight song download.

It was the home of the Brooklyn Bridge, Coney Island, the Trolley Dodgers National League baseball team, and was also the home of “Terrible” Terry McGovern who had migrated there from Johnstown, Pennsylvania at the age of six 다운로드.

The first fight for the Irish-American kid was at Brooklyn’s Jackson Club in early 1897, an amateur bout that ended in a first round victory over Jack Shea 브이앱 채플. That event would officially launch a stellar career in boxing for the young McGovern who turned pro that same year.

Here’s a short capsule look at his resume: a ten round draw with undefeated Tommy Sullivan in his sixth pro fight; a fifteenth-round knockout over future bantamweight champion Harry Forbes in 1898; wins the world bantamweight title by first-round knockout over unbeaten (26-0-1) Pedlar Palmer on September 12, 1899; scores eighteen straight knockouts (1899-1900) with eleven bouts being three rounds or less; wins the featherweight title in an eighth-round vicious knockout of legendary, but declining,  George “Little Chocolate” Dixon on January 9, 1900 in a bout comparable, racially speaking, to the Jack Johnson vs. Jim Jeffries fight ten years later on July 10, 1910; wins a six round decision over aging George Dixon in June 1900; wins a highly disputed second-round knockout in Chicago on December 13, 1900 over Joe Gans (prior to his death, Gans said he took a dive in the fight); defends his featherweight title successfully six times, all by knockout; loses to Young Corbett on November 28, 1901 by second-round knockout; wins a fifteen round decision over former featherweight champion Dave Sullivan in 1902; loses a rematch with Corbett on March 31, 1903 by eleventh-round knockout; and loses a lightweight bout to Battling Nelson on March 6, 1906, which historians called a fight of the year candidate (the decision was later changed to a no-decision).