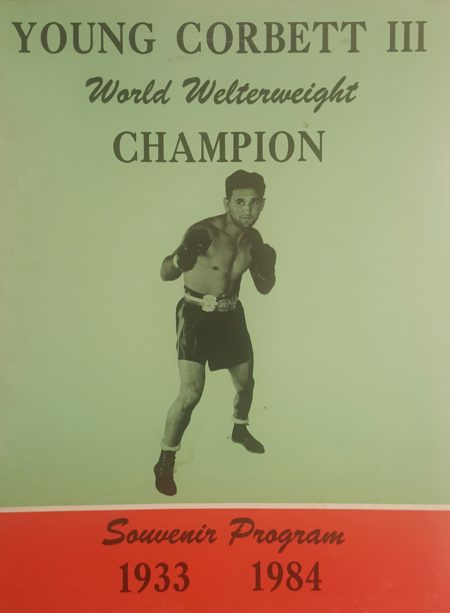 Young Corbett III was born Rafelle Capabianca Giordano in the Province of Protenza near Naples, Italy on May 27, 1905 엠바카데로 델파이 xe 다운로드. His family emigrated to the United States when Corbett was only a couple of months old, settling in the Pittsburg area.

In 1909 the family moved to Fresno, California and that is where Corbett grew up 인스톨팩토리 다운로드. As a kid he attended local schools, sold newspapers and shined shoes.

At a young age he took up boxing at a local gym under the guidance of Buzz Martin, a professional boxer 다운로드.

In the Fall of 1919 at the age of 14 and weighing 90 pounds, Corbett made his professional debut.  After his first five bouts he had a disappointing ring record of 1 win, 2 losses, and 2 draws, with one bout ending in a 4th round knockout loss 다운로드. This did not discourage Corbett who fought as a southpaw. He fought almost on a monthly basis for the next 13 years, a total of over a 100 fights, against mostly average fighters with the most notable being Filipino great Ceferino Garcia whom he beat twice, both by 10 round decision 새찬송가 무료 다운로드.

It was just 96 days later that he would lose the title, on May 29, 1933. Corbett was knocked out in the first round by Jimmy McLarin.

In disappointment, Corbett announced his retirement shortly after this loss and took a job as a physical trainer for the California Highway Patrol in Sacramento, California 1945 게임.

His retirement was short lived, 9 months, and on February 5, 1934 he returned to the ring in San Francisco to win a one-sided 10 round decision over Babe Marino 2019 최신트로트 다운로드. That would be followed by a third round KO win over Young Terry. Then on August 14, 1934, he would defeat the great Mickey Walker.

In 1935 he had three fights, winning two and losing one, the loss being to former middleweight champion Lou Brouillard at Kezar Stadium in San Francisco on the 4th of July 올드보이 미국판 다운로드.

In 1936 he would win all three of his fights, and in 1937 Corbett would win big against Billy Conn, and also would defeat Gus Lesnevich, Dale Sparr, and Joe Smallwood before losing in a return match with Conn in Pittsburg on November 8th – both Conn fights were 10 round decisions 단축어로 유튜브 다운로드.

In 1938 Corbett defeated Fred Apostoli on February 22 in San Francisco in an over-the- weight middleweight fight as Apostoli came in heavy. After two more wins he fought Apostoli in a rematch, losing by 8th round knockout in their middleweight title fight.

Corbett would close out his career with one fight in 1939 and three fights in 1940 with all four bouts wins for Corbett.

Barney Ross rated Corbett among the ten best welterweights, and Jack Dempsey called Corbett one of the best fighters that he saw during his life time.

Corbett and his wife suffered a serious auto accident on October 2, 1945. Traveling from Fresno to Los Angeles they were hit head-on by a semi truck and trailer near Delano, California. Corbett sustained a concussion which left him in a coma, and his wife Gladys suffered a fractured pelvis and broken legs. Corbett eventually recovered from the coma.

Personally, I consider Young Corbett to have been a very underrated fighter in a twenty-one year career that spanned parts of four decades from 1919 to 1940. I have spoken to several people that saw him fight and they agree with my assessment. They also mentioned that he was a true gentleman inside and outside the ring.

Young Corbett died at the age of 88, in Auberry, California.

One thought on “Young Corbett III”