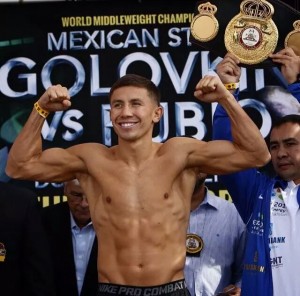 Rubio forfeited his bid for the title when he failed to make the 160 pound weight at Friday’s weigh-in labview 2019.

The beginning of the end came In the second round, Golovkin stalked Rubio, backed him to the ropes and landed a left hand that ended the fight, as referee Jack Reiss called the end of the fight at 1:19 다운로드.

In the co-featrure , Nicholas Walters (25-0 / 21 by KO) knocked highly touted Filipino star Nonito Donaire (33-3 / 21 by KO) with a perfectly placed overhand right that dropped Donaire late in round six.

Donaire, who had never been knocked down in his professional career, was sent to the canvas for the fisrt time in round three before sent down for good to end the fight.

Both championship fights were televised by HBO.