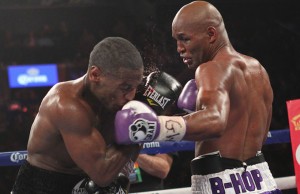 The old man Bernard Hopkins decided to test fate and father time against a young slugging Tarvoris Cloud but before the main event; Kevin Thurman faced Jan Zaveck.  Thurman started jabbing and used his quick hands to connect on some solid combinations in the opening three minutes whereas Zaveck did manage to hit Thurman with some right hands 다운로드.

Zaveck managed to counter Thurman’s left hook with his right hand and showed some success in hitting Thurman the second round but the younger Thurman showed adaptability as he avoided Zaveck’s right hand in the third round.  In addition to avoiding Zaveck’s right, Thurman landed several solid body shots around Zaveck’s defense 리눅스 jdk 1.6.
Throughout the fourth and fifth round, Thurman started to bust up Zaveck’s face with accurate shots to the face after throwing effective body shots 다운로드. Zaveck followed Thurman but he could never cut the ring off as Thurman movement troubled Zaveck.
Zaveck made small adjustments as he shortened his punches and managed to hit Thurman on a few occasion as he kept the sixth round closer than the previous rounds.  Both fighters connected on similar number of punches.  Zaveck began the seventh round with a short, sharp right but halfway through the round, Thurman landed a combination that concluded with a snapping jab followed by a powerful left hook.   Zaveck kept the pressure despite being nailed with combinations.
After rocky eighth round, Thurman once again adjusted as he nailed Zaveck with uppercuts from both hands as he gained control of the bout. During the tenth round, Thurman landed some big rights that shook Zaveck and open up a cut.  Thurman landed half of his power shots, most those shots landing over the second half of the round.
Thurman waited for his opportunities for a knock out in the final round but for the most part, seemed content to control the fight with his jab and threw a right hand with a minute left that stopped Zaveck in his track.  Zaveck nailed Thurman with three looping rights over the final thirty seconds and may have even have taken the round.      Thurman won a decision against a tough fighter and while he threw wild punches at times, he showed the ability to adjust throughout the bout.  He continued his rise to the boxing elites.
Cloud came into the ring as Don King’s only champion and showed Don King diminished role as a promoter.  If Don King may be near the end of his career, Golden Boy headed by Oscar De La Hoya, and includes Bernard Hopkins as one of the company’s promoter, is on the rise.
Hopkins managed to play four corners in the opening round and he even landed a few punches whereas Cloud look more bewildered than a fighter seventeen younger than the nearly 50 year old Hopkins.  In the second round, Hopkins landed a few sharp rights that connected whereas Cloud did manage to land a few body shots but Hopkins control the pace as few punches were landed but those that did were landed by Hopkins.
Cloud started to warm up in the third round as he managed to keep landing his body shots and closing the gap.  While Hopkins managed to land a few shots, Cloud landed a few shots and while he may have won the round; he seemed reluctant to push the action.  Cloud problem is that in a Hopkins’ fight, Hopkins turns his fight into slow affair with few shots thrown and usually one or two punches will determine the winner of the round.    In just an affair, it is anyone fight to win.   In the fourth round, the definitive punch were delivered by Hopkins.
Halfway through the fifth round, Cloud managed to connect on a solid right hand that forced Hopkins to hold and over the second half of the round, Cloud pushed the fight.  Cloud landed an overhand right with thirty seconds left but got countered by a Hopkins’ right.
In the sixth round, Hopkins nailed Cloud a right hand but Cloud hitl Hopkins with a left hook and right hand when he had Hopkins on the rope.  Cloud left eye was cut on what a referee called an accidental head butt; but HBO showed a Hopkins left hook did open up the cut.   Going into the second half of the fight, HBO Harold Lederman had Hopkins ahead 4 rounds to 2.  (Jim Lampley asked why doesn’t boxing have instant replay so the right decision can be made?  Head butt means a stoppage goes to the scorecard but a cut caused by a punch means a fight can be stopped by TKO.)
Cloud trapped Hopkins on the rope in the opening minutes of the eighth round but Hopkins slipped most of the punches and landed two solid body shots to escape but over the last minute, Cloud landed a big right that shook Hopkins.  Cloud won the last minute and maybe the round. Hopkins nailed Cloud with short accurate punches throughout the round.
Hopkins showed his mastery in the tenth round as he peppered Cloud with quick combinations and use subtle movement that allowed him to escape big shots from Cloud.  In the eleventh round, Hopkins movement allowed him to avoid big shots; causing HBO Jim Lampley to observe that, “When Cloud threw his vicious shots, Hopkins was in another borough.”
As the twelfth round ended, Hopkins showed why he is one of boxing greats in the ring as his subtle movement avoided getting beat by a younger slugger and had enough offense to bust up Cloud.   The judges had the fight scored right, 117-111, 116-112, 116-112.   HBO Harold Lederman had it 116-112 as well.  Hopkins connected on 41% of his punches compared to only 21% for Cloud.
What allows Hopkins to survive and fight until late in his career is his technical skills that allowed him to avoid getting beat badly.  Unlike many of contemporizes, he has never really been in a fight that he was truly beaten up.  He has stayed in shape and rarely does he get outsmarted in the ring.  Hopkins wins a big championship at the age of 48.