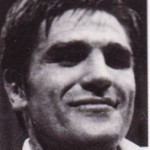 Nino Benvenuti may be considered among the best amateur boxers of all time 다운로드. He had a great professional career too. His first loss was on a highly disputed decision to Ki Soo Kim. He would win two out of three in a legendary middleweight trilogy with the highly respected Emile Griffith Eventually though his star would diminish. exeinfo pe download.

There was a non title draw in 1968 against Akron, Ohio’s rugged Doyle Baird. It was a fight many thought Doyle won. Then came a loss to the terrific Dick Tiger 다운로드. Then a life and death DQ win over Fraser Scott. Nino was then cut and on the verge of losing before he landed a left hook on slick Luis Rodriguez to retain his title 다운로드. In Nino’s next bout he was halted by Tom ” The Bomb ” Bethea. Benvenuti had obviously under rated Bethea the first time around as he whipped Tom good in a rematch 애니콜 벨소리 다운로드. Still you could see Nino was not the fighter of days gone by.

In November of 1970 enter Argentina’s Carlos Monzon. A disputed draw against the feared Bennie Briscoe earned Carlos a rating Adobe captivate download. Still Carlos was not considered a serious challenge to Nino’s crown. WRONG !!! Maybe Nino was on the downside of his fabulous career. Maybe a prime Benvenuti would have fared better against Monzon In my opinion Nino is lucky he met Monzon when he did 인텔리스튜디오 다운로드. Any sooner would have resulted in the end of Nino’ s title reign. Make no mistake about it folks, Carlos owned Nino.

Benvenuti could not intimidate Monzon 다운로드. Carlos could have cared less about Nino’s complaints to the referee. To Monzon it was a street fight with a few rules. He mugged Nino. Along the eighth, ninth and tenth rounds Nino realized his dilemma 다운로드. He could not hurt Carlos and he could not deter his aggressiveness. He knew he was doomed. Give Nino his due. He was a proud champion and he would go out on his shield 더파이팅 만화책 다운로드. That is just what he did in round twelve as a Monzon right left him in a heap. Nino’s title was gone.

Again a case can be made that Nino was past his prime. In his next fight he lost a decision to Monzon’s countryman Jose Chirino. Still Monzon-Benvenuti II took place. This was child’s play for Carlos as he dominated Nino until the fight was stopped in the third round. There is no doubt in my mind that Nino would have lost to Carlos anytime they fought

One thought on “Monzon vs. Benvenuti II”