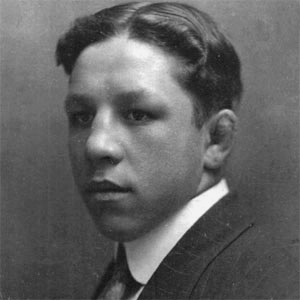 By Jim Amato / Senior Boxing Writer for  dmboxing.com  since 2008

Although Memphis Pal Moore was once a title  claimant and the possessor of a fine record, he should not be confused with Pal Moore out of Philadelphia 다운로드. In fact, the Pal from the City of Brotherly Love may have been the overall better fighter.

Philadelphia Pal Moore was a member of the famous “Fighting Moore Family” which included brothers Willie, Reddy, and Frank 디자인 돌 다운로드. He was born Paul Von Franzke October 1891, in Germany. He began his professional career in 1907 in Philadelphia. By 1909 he had invaded New York and began to draw attention 알리미벨 다운로드. By 1910, he had hit the big time. On February 1st of that year he stopped Henry Miers in Boston prompting ex-heavyweight champion James J. Corbett who was in attendance to heap praise on Pal 다운로드. On May 25th Pal scored an upset six round newspaper verdict over the heralded Jim Driscoll. In his last five bouts for 1910 he twice met Owen Moran losing a newspaper decision and then holding Moran to a draw 다운로드. He then lost newspaper verdicts to Abe Attel, Harlem Tommy Murphy, and Tommy Langdon.

Pal remained at the top of his  game in 1911 battling some of the best fighters in the world. Win, lose, or draw Moore always gave a good account of himself. In April the paper had him a loser against Freddie Welsh in New York. He twice met Harlem Tommy Murphy in rematches dropping a newspaper decision and then holding Tommy to a draw. He won a clear-cut decision over Battling Nelson on October 17th in Boston. He gave Nelson quite a going over in that one.

In 1912 Pal drew with Owen Moran and then lost a twenty round decision to Jack Britton. He was a newspaper winner over Johnny Dundee but ended the year losing to Charley White and Joe Shugrue. In 1913, he again lost to White and had a no contest with Britton. 1914 he again met Dundee. He also had two battles with Young Abe Brown. On September 7th he met the great Benny Leonard and lost a newspaper decision after ten torrid rounds. In 1915 according to newspaper accounts Pal lost all five of his fights. Among his losses was a ten rounder to Shugrue.

By 1916 Pal’s career was slowing down and in 1917 he suffered two major setbackslosing by knockout to Paul Doyle and on May 14th a two round stoppage at the hands of George “KO” Chaney. He finished 1917 with three fights after the Chaneydebacle. There are no fights on record for Pal in 1918. In 1919 he fought once against Al Thompson. Pal had his last recorded fight on March 20, 1920 winning a newspaper decision over ten rounds against Johnny Herman in Shamokin, Pennsylvania. Pal passed away on December 20, 1942 in Philadelphia.

Although Pal was probably the most famous of the “Fighting Moore Brothers,” Reddy, Frankie and Willie carved out respectable careers. Also brother Al and Harry boxed and oldest brother Charley was a bare-knuckle saloon brawler.