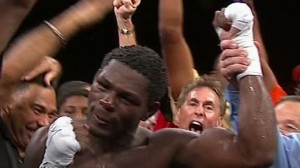 By Tom Donelson (contributed to DMBOXING.COM since 2008)

Jermain Taylor was facing Australia Sam Soliman for Soliman’s Middleweight IBF title.  For Taylor, the fact that he was fighting for a title is miracle.   He is being investigated for the murder of his cousin plus he has suffered bleeding from his brain from past wars 다운로드.  As for Soliman, he is one of those good fighters forever at the cusp of the elite fighters but never quite good enough. While Soliman is an awkward fighter, he is one of those older fighters who seems to stay competitive late in his career.  Fighters like Glen “The Road Warrior” Johnson and Bernard Hopkins continue to win championship late in their careers and so did Soliman adobe acrobat 9 pro 다운로드.

Soliman was defending the title he capture from Felix Strum and he was the favored going against Jerman Taylor.  The key to Taylor winning this fight was not so much what Taylor did but what Soliman couldn’t do.  Soliman body started to act 40 as he injured his leg during the first half of the bout.  He was rarely hurt by Taylor and Taylor’s four knockdowns of Soliman was as much due to Soliman inability to keep his balance due to the sore leg.  Soliman own corner debated whether to stop the fight but the one thing that had to figure in the answer was Taylor own history of being knocked out late in fights 다운로드.

As for Taylor, there were brief, very brief moments of looking like the old Taylor when he was an undefeated star on his way up.  Throughout most of the bout, Taylor looked slow and his right hand missed more than it connected.  Those knockouts were hardly devastating blows but caught an awkward Soliman in awkward positions.  Soliman leg injuries stopped Soliman from consistently from pressuring Taylor and as the fight progressed, Taylor could easily avoid Soliman rushes while snapping his jab.

Taylor won a unanimous decision but Taylor did not look impressive.  Taylor no longer has the skills to compete with Miguel Cotto and any fight with Gennady Golovkin would be more comparable to a last stand at the Alamo.   Even at his peak, Taylor lost to pressure fighters like Kelly Pavlik and Arthur Abraham by knock outs and Taylor is far remove from his peak.

Some may question on whether Taylor due to his legal problems should have been fighting for a title but sainthood has never been a consideration when deciding who fights for championship. Then there is the question of past brain bleeds would lead to more caution on who Taylor fights much less should he even still be in the ring.

As for Soliman, the question of whether he fights again depends upon his injuries.  At the age of 40, there aren’t too many big fights left but had he not been injured, the fight would have turn out differently.

Another fighter making a comeback was Andre Dirrell, who for three rounds, looked unimpressive against Nick Brinson.  A  Dirrell’s right hand hurt Brinson in the fourth round Dirrell unleashed a series of punches to end the fight.  . Dirrell joined then prospect Andre Ward in the Showtime Super Middleweight tournament a few years bacj but injuries suffered during the tournament slowed down his career.  His brother, Anthony, survived his own battle with cancer and has already taken a title so Andre’s goal is a title shot but this fight shows that Dirrell has yet to recover the skills that made him a prospect a few years back.