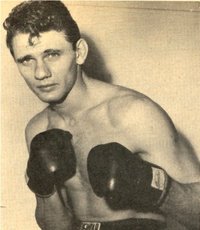 Tony Alongi was among the better heavyweights of the 1960’s that time has forgotten. Alongi amassed 46 fights from 1959 to 1967 백세 인생. Tony won nine straight fights in his maiden year of 1959. He followed that by winning twelve more in 1960. In 1961 he stepped up the quality of his opposition.  Tony won seven more contests iOS9.3.3 Beta 4. Among his victims were Tod Herring, Jefferson Davis and George Logan. In 1962 Tony suffered his first setback being stopped in ten rounds by Rodolfo Diaz 넬 전집. He came back to stop Joe DeGrazio in four but in 1963 he was stopped in five by the talented Billy Daniels.

Tony bounced back by defeating Prentice Snipes and Don Warner. He then met George Chuvalo. The decision was first announced as a win for Alongi but a re-check of the cards led to the verdict being changed to a draw. Tony won two fights in 1964. One of them against Chip Johnson. In 1965 he defeated Levi Forte and Prentice Snipes again. On March 4, 1966 in New York Tony fought a draw with the highly regarded Jerry Quarry. They met again on May 28th in Los Angeles and again it was judged a draw. On November 23rd Tony and Bill McMurray fought a six round technical draw as both men were cut badly.

Tony had his last two professional fights in 1967 out pointing the clever Chuck Leslie and knocking out Charlie Hall in two rounds. I have always wondered how Alongi would have fared if he had stayed active during the period when Ali was stripped of his crown. He held his own with top contenders Chuvalo and Quarry. Jerry made it all the way to the final bout of the W.B.A. Elimination Tourney.In all Alongi won 40 contests winning 23 by KO. He lost only two and had four draws.

*** NOTE: Jim Amato has contributed to dmboxing.com since 2008. His opinions and input to this website are honest and of the highest level. He is an expert in boxing in every sense of the word.

One thought on “Tony Alongi”