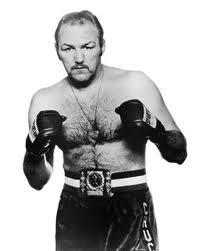 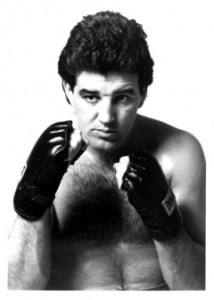 Contributed to dmboxing.com since 2008

Gerry Cooney and Chuck Wepner…What an interesting match up that may have been. Gerry could whack but Chuck could sure take it. Size wise they match up fairly well. Gerry had the better skills but if Chuck got inside he knew how to rough house 다운로드. Unless Gerry could take Chuck out early or at least get his respect, it might have been a long night for Gerry. The longer the fight went the better I like Chuck’s chances.

I wish Gerry would have fought better competition on the way up a7x 다운로드. Beating faded fighters like Jimmy Young, Ron Lyle and Ken Norton looked good on paper but did little to test him. I feel that Young, Lyle or Norton in their prime could have beat Gerry.

Even in his losing effort against Holmes, Gerry showed that he had some basic talent and that wrecking ball left hook 토지 피복 지도 다운로드. He had a great trainer / teacher in Victor Valle. I had the pleasure of meeting Mr. Valle in Youngstown when he was working with one time bantamweight champion Greg Richardson. Fine and knowledgeable man.

Forget about the post Holmes Cooney Ucdexec exe download. The layoffs and the shattered confidence ruined him. Michael Spinks boxed his ears off and Big George Foreman nearly tore his head off. I do believe that moving him slower and matching him with tougher opposition on the way up would have benefited Gerry greatly. It also would have gave Valle more time to tutor Gerry.

The Cooney that fought Holmes -vs- the Wepner who fought Ali…Who would come out on top 다운로드?

Wepner was from New Jersey and he was far from being a ” protected ” fighter on the way up. He fought anybody, anywhere, anytime. He had a good corner with Al Braverman and Paddy Flood. Rumor has it that after Sonny Liston beat Wepner’s face into a bloody mess he was asked if Wepner was the bravest man he ever knew planetshakers? Liston reportedly quipped, ” No his manager is “. Meaning Braverman who kept patching Chuck up and sending back out. There was no quit in Wepner as he proved against Liston and Ali. Chuck also fought Ernie Terrell, Joe Bugner and another fine New Jersey heavyweight named Randy Neuman. Today Randy is one of the most respected referees in the business.

The ride to a title shot and a very nice payday came a lot easier for Cooney. The job of a fighter’s management is to move your boxer up the ratings with minimal risk and a lot of hype. Cooney was the perfect manufactured contender. His management did their job well.

Who would win ? There are so many different scenarios. It could have been a dull, boring fight with two big men mauling, hugging and clinching. I think it may have been a barn burner. I could see Cooney starting fast trying to get Wepner out of there. He would rock Chuck, maybe even knock him down but Wepner would not leave quietly.

As the bout moves into the middle rounds Gerry’s pace has slowed.At times Gerry could snap out his jab with authority but most of the time he paws with it. Wepner is getting his range now. Punches to the kidneys and the back of Cooney’s head. Every now and then Chuck even lands a few legal punches. Gerry tries to hold him off and is still landing enough big left hooks to keep Wepner honest.

By round ten it is now Wepner who is slowing down. Chuck has some cuts but they are not serious enough to stop the fight. The tiring Wepner is leaning over some as he is coming in and Gerry starts landing some punishing left uppercuts to his open target. One of them staggers Chuck badly and he reels into the ropes. Cooney is on him flailing punches but the bell sounds.

Cooney picks right back up in round eleven. He throws left hooks and uppercuts with bad intentions. Every now and then he surprises Wepner with an overhand right. Also throughout the match Gerry has landed his fair share of thudding body punches that have taken some of the steam out of Chuck.

Twelfth and final round…Cooney is stalking Wepner looking to land the finisher. Chuck’s taking a beating now but he refuses to fall. Somehow he makes it to the final bell. The cards read 8-4, 7-4-1 and 7-5, all for the winner by unanimous decision…Gentleman Gerry Cooney.