By Jim Amato / Senior Boxing Writer
Contributed to dmboxing.com since 2008
We have all heard of Ali, Frazier and Foreman.  Of Tyson and Holyfield cms 다운로드. The lighter weight classes have produced the likes of Marvin Hagler, Thomas Hearns and Sugar Ray Leonard.  Who will ever forget Duran, Pryor and Arguello 다운로드?What about the “near misses”? The ones who in this day of multi- fractured titles would almost surely have garnered a piece of championship pie 다운로드.
Let’s start with the big boys.  Jerry Quarry failed in his first title try losing a debatable 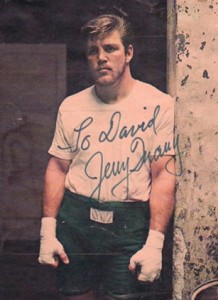 decision to underrated Jimmy Ellis.  In his final title shot he was out gunned by “Smokin” Joe Frazier.  He would later lose a rematch to Frazier as well as two bouts to Muhammad Ali.  What if there were four titles available back then?  The wins on Jerry’s resume are impressive to say the least.  Floyd Patterson, Thad Spencer, Buster Mathis, Jack Bodell, Larry Middleton, Mac Foster, Ron Lyle and a one round blow out of Earnie Shavers.  It would be very safe to say that Jerry was among the top four or five heavyweights of that era.  Then it is also safe to assume that he would have copped at least a portion of title recognition 다운로드.
It is very hard for me to believe that John Ruiz could have defeated Jerry.
At light heavyweight a strong case can be made for Yaqui Lopez who failed in title attempts against the talented trio of Victor Galindez, John Conteh and Saad Muhammad. It is likely with four titles out there he may have picked up a piece of glory.  So to for Jorge Ahumada who failed against Bob Foster, Conteh and Galindez. Pierre Fourie may also have benifitted if there were more recognizable titles back then.  At middleweight how could “Bad” Bennie Briscoe not have gained some form of championship status?  At welterweight, what about hard luck Armando Muniz ?  Like Briscoe he fought just about everyone worth fighting. Rugged Clyde Gray may very well have had his day in the sun if four titles had been available.
Edwin Viruet, Ray Lampkin and Vilomar Fernandez could have possibly found greater success at lightweight had more titles been up for grabs.  Many felt Tyrone Everett did enough to win the title in his close fight with Alfredo Escalera.  It’s difficult for me to believe that the slick boxing Everett would not be a champion today.
I’m sure many other contenders of yesteryear feel cheated when they see how today’s politics have divided weight classes and championships .  Some of todays “champions” would be mere fringe contenders in years gone by.   That is why I wish things were like they used to be.  When the champion WAS the champion. When they ruled their division with an iron fist like Ali, Bob Foster, Carlos Monzon, Jose Napoles and Roberto Duran ruled their respective weight classes.   When a legitimate threat rose to the forefront like Frazier, Vincente Rondon, Rodrigo Valdes, Hedgemon Lewis and Estaban DeJesus did.  They were confronted and defeated by these champions who fought the best to solidify their claim as the one and only WORLD CHAMPION!

One thought on “For Some, The Sun Did Not Shine”