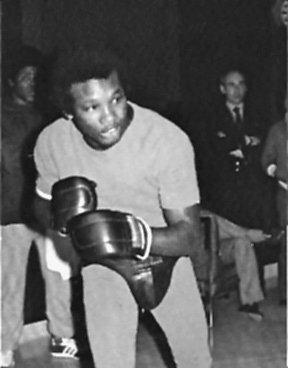 Well here goes… The great city of Philadelphia has produced an array of world class middleweights over the years. Hopkins has brought great pride to the long line of Philly middlewights who came before him. Tough guys like Stanley ” Kitten ” Hayward, Eugene ” Cyclone ” Hart, Bobby ” Boogaloo ” Watts, Willie ” The Worm ” Monroe and possibly he toughest of them all, ” Bad ” Bennie Briscoe 다운로드.

When people talk of Hopkins now they compare him to Stanley Ketchel, Harry Greb, Sugar Ray Robinson and his more recent contemporaries, Carlos Monzon and Marvin Hagler. Did someone forget a classy and fine middleweight named Rodrigo Valdez ?

Valdez was a world class fighter who suffered from the ” De Jesus ” syndrome 다운로드. That is like the outstanding Esteban DeJesus was overshadowed in his career by the skill of Roberto Duran. So too was Rodrigo Valdez overshadowed by Monzon . Take Duran And Monzon out of the picture and DeJesus and Valdez mght be in the Hall Of Fame.

Born in Columbia in 1946, Rodrigo turned pro n 1963 다운로드. He racked up an impressive record in his homeland and then invaded the US in 1969. In 1970 he dropped decisions to fringe contenders Pete Toro and Ralph Palladin.

In 1971 Rodrigo moved into the big time by stopping the rugged Bobby Cassidy in seven. In 1972 he scored a big win over the clever Carlos Marks 다운로드. In 1973 Rodrigo outscored the always tough Jose Gonzalez. Later in the year Valdez took on the dangerous Bennie Briscoe. Rodrigo won an upset twelve round verdict and entered the elite of the middleweight division.

In 1974 the W.B.C. decided to no longer recognize Carlos Monzon as the middleweight title holder. Instead they paired Valdez and Briscoe in a match for the vacant title java 대용량 excel. In a shocker Rodrigo scored a one punch seventh round KO over the usually unstoppable Briscoe. He may not have been the real champion but this victory and how he achieved it established Rodrigo as Monzon’s number one threat.

Valdez would defend his version of the crown four times turning back Gratien Tonna, Ramon Mendez, Rudy Robles and Max Cohen. Finally on June 26, 1976 Rodrigo stepped into a ring in Monte Carlo to meet the great Monzon.

In this well contested battle Monzon proved to be just a little too much as he won a close decision to unify the title. Still Rodrigo’s showing was so good that the two would meet again thirteen months later. This bout produced a classic between the two best middleweights in the world at that time. “King” Carlos picked himself off the floor and rallied to pull out a very close decision to retain his title.

After two wars with Rodrigo and the effects of Father Time, Carlos decided to retire. Again Valdez was matched with the aging but still potent Briscoe for the vacant title. Once again Rodrigo would prove to be Bennie’s master by taking a hard earned points call and the championship.

It has been said over the years that a fighter can get old overnight. Even the great ones. This seemed to happen to Valdez. Maybe after two wars with Monzon and a trilogy with Mr. Briscoe, the wear and tear began to set in. Anyway a slick boxer from Argentina named Hugo Corro out speeded and out boxed Rodrigo to win the title. Their rematch seven months later saw that youth was again served as Corro out scored a very old looking Valdez to retain his title.

How can I not have the utmost respect for Rodrigo Valdez ? This man took Carlos Monzon to hell and back not once but twice. Bennie Briscoe was one of my all time favorite fighters but Rodrigo owned him. As far as I’m concerned he has not received the recognition that is due to him.

Bernard Hopkins has made a believer out of me. We’ll never know if he could have defeated Greb, Zale, Monzon or Hagler. I’ll say this, win or lose Hopkins would have had his hands full with a boxer named Rodrigo Valdez.