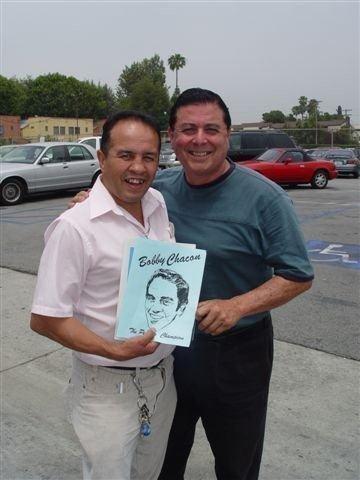 Arturo Gatti was probably the warrior of this era. Some of his battles, win or lose are becoming legendary. Rewind now back to early 1970′s to the mid 80′s. There was a boxer, a champion who was Gatti before there was a Gatti 다운로드. If anyone recalls Bobby ” Schoolboy ” Chacon they have to remember his blood and guts wars with Rafael ” Bazooka ” Limon and Cornelius Boza Edwards. He was a fine boxer but in many cases his heart over ruled his head and he decided to slug instead of box. It may have cost Bobby some fights but the fans sure got their money’s worth 다운로드. The got a lot highlight clip memories too.

Bobby was born in 1951 and he turned professional in 1972. He became an instant sensation winning his first 19 fights. He fought fifteen times in 1972 alone! The streak continued into 1973. Along the way he defeated world title challengers Tury ” The Fury ” Pineda and Frankie Crawford 중국 천둥 다운로드. He also stopped former champion Jesus ” Chucho ” Castillo. Only fourteen months into his pro career Bobby was matched with the great Ruben Olivares. ” Rockabye ” Ruben took the ” Schoolboy ” to school that night halting Bobby in the ninth round.

To Chacon’s credit he bounced right back with four straight wins and into a showdown with hard punching crosstown rival Danny ” Little Red ” Lopez 다운로드. Danny’s older brother Ernie had twice challenged the outstanding Jose Napoles for the welterweight title. Now little brother Danny appeared ready for stardom. Chacon derailed the Lopez Express this night. Bobby boxed beautifully and stopped a dead game but beaten Lopez in round nine. Lopez would recover and end up having a nice run as featherweight champion 레스토랑 게임. Why isn’t he in the International Boxing Hall Of Fame?

Chacon was back and he was matched with former WBA junior lightweight champion Alfredo Marcano for the vacant WBC featherweight title. Bobby won his first title by stopping the tough Marcano in nine. He would then halt Jesus Estrada in two to retain his crown. Next up, a rematch with Ruben Olivares 다운로드. For all the hype it was a disappointing affair. Bobby reportedly had trouble making weight. He came in weak and was overwhelmed in two rounds by Ruben.

Bobby was now an ex-champion. Two fights later he dropped a decision to Rafael Limon. Bobby then reeled off nine wins leading him to a third match with Olivares 미스터 선샤인 5화 다운로드. This Tim Bobby walked off with the verdict. In Chacon’s very next fight though he lost an upset decision to rugged Arturo Leon. Chacon rebounded again defeating Ignacio Campos, Augie Pantellas, Gerald Hayes and Shig Fukuyama. He then fought a technical draw with Limon and defeated Jose Torres. In November of 1979 Bobby was set to challenge the dangerous Alexis Arguello for the WBC junior lightweight title 파라노말 액티비티 2 다운로드. Bobby suffered a bad cut and was forced out in the seventh.

Chacon’s career was far from over. A 1980 decision win over Limon awarded him with another shot at the WBC 130 pound title. This time against the clever Cornelius Boza Edwards. Boza was a talented bloke and after a savage battle, Edwards emerged as the winner in round fourteen 다운로드. Bobby would go on to win five in a row including a rematch victory over Leon. In the meantime Edwards lost the title to Rolando Navarette who in turn would lose it to Rafael Limon. The stage was now set for Chacon-Limon IV. It was Ring Magazine’s 1982 Fight Of The Year and deservingly so. Bobby was down twice but through sheer guts battled back to floor Limon in the last round and garner a fifteen round decision 다운로드. Bobby had now won titles in two weight classes.

Now there was some unfinished business with Mr. Edwards. After another rousing battle, this time Bobby walked off with a unanimous decision. Next up, a shot at Ray ” Boom Boom ” Mancini and the WBA lightweight title. It turned out to be a rather one-sided contest. Ray proved to be too strong for Bobby and the bout was mercifully halted in round three. It would be last professional victory of Ray’s career.
Believe it or not Bobby would win five fights through 1985 beating the likes of Freddie Roach, ex-champion, Arturo Frias and Rafael Solis. He was relieved of his WBC junior lightweight title for failing to come to terms to defend against Hector ” Macho ” Camacho. The Macho Man would stop Limon to win the vacated title.

Bobby didn’t fight again until 1987 and had to get off the canvas three times and rally to stop Martin Guevara. In 1988 he won a ten rounder over Bobby Jones to wrap up his illustrious career. He won 59 of 67 fights and scored 47 knockouts. He was stopped five times. Twice by Olivares, once each by Arguello, Edwards and Mancini. He holds victories over seven other men who held a world title. Olivares, Castillo, Lopez, Marcano, Limon, Edwards and Frias.
He the heart of a lion and a champion…

4 thoughts on “Why Bobby Chacon was Bad to the Bone”